The legalization of cannabis is one of the most controversial topics in the United States, both on the federal and state levels. The current federal laws on the substance simultaneously tolerate and forbid the local use of cannabis, leaving some Americans confused.

Apart from this, marijuana retailers also face challenges in banking, logistics, and taxes because of varying state laws.

In an effort to eliminate these challenges, the Senate Democrats are pushing for federal legalization this 2021. While passing the bill to legalize cannabis can have several benefits, knowing and reading about the facts and figures can help us understand how cannabis will be managed and regulated in the future.

This article will feature some of the latest marijuana legalization statistics and how it impacts modern America.

1. The majority of Americans want recreational marijuana to become legal in their state.

2. Americans who have more than $100,000 household income are more likely to favor marijuana legalization.

According to statistics on legalizing weed, it appears that household income is directly related to the percentage of Americans who support marijuana legalization.

Only 67% of households earning less than $40,000 favor the legalization of weed, while 74% of American families with an income of more than $100,000 favor legalization.

3. Marijuana legalization statistics show that Americans are becoming more receptive to the idea of legalization.

Based on past and current public opinion records, Americans are now more likely to support the legalization of marijuana. When they first measured public opinion regarding the matter 52 years ago, only 12% of Americans believed marijuana use should be legal compared to 68% in 2020.

4. Statistics on legalizing marijuana show that support for the legalization of the substance varies significantly by age.

Surveys show that younger adults are more likely to favor legalization of marijuana for medical and recreational use. Only 32% of individuals aged 75 and above support weed legalization compared to about seven out of ten Americans under 30 years old who are in favor of making it legal.

5. Statistics about marijuana legalization show that more than 33% of Americans live in a state where weed is legal.

According to the latest statistics, one in three Americans resides in a state that allows the use of recreational marijuana, translating to about 109 million Americans having open access to the plant.

6. Legalization of marijuana statistics show that 94 million Americans have tried weed at least once in their lives.

Data shows that approximately 40% of Americans over the age of 12 years have tried marijuana at some point in their lives. This means that about 94 million Americans have tried weed at least once before.

Some researchers believe that the gaining popularity of marijuana use has tempted more teenagers to smoke cannabis. This inference isn’t unfounded either, with statistics showing a 23% rise in teenage use of marijuana after state legalization.

8. Only a few Americans subscribe to the major arguments against legalizing marijuana.

Arguments against legalizing marijuana have become controversial topics in the US. Most of the pro-marijuana statistics show that only a few Americans really believe in the reasons for criminalizing marijuana.

For example, only 23% of Americans believe that cannabis increases violent crime, while about 54% believe marijuana use has absolutely no effect on the rates of violence.

9. One-third of Americans are more likely to use other drugs with the legalization of marijuana.

10. Only a small percentage of Americans use marijuana regularly.

Despite the massive support for recreational marijuana legalization, only a few Americans use marijuana regularly. Legalization of weed statistics show that 6%  of the population uses the substance regularly, and 9% use it occasionally.

More than eight out of ten people say they hardly ever use, never use, or have never tried weed. This figure could imply that legalization has no significant bearing on the percentage of Americans who choose to partake. 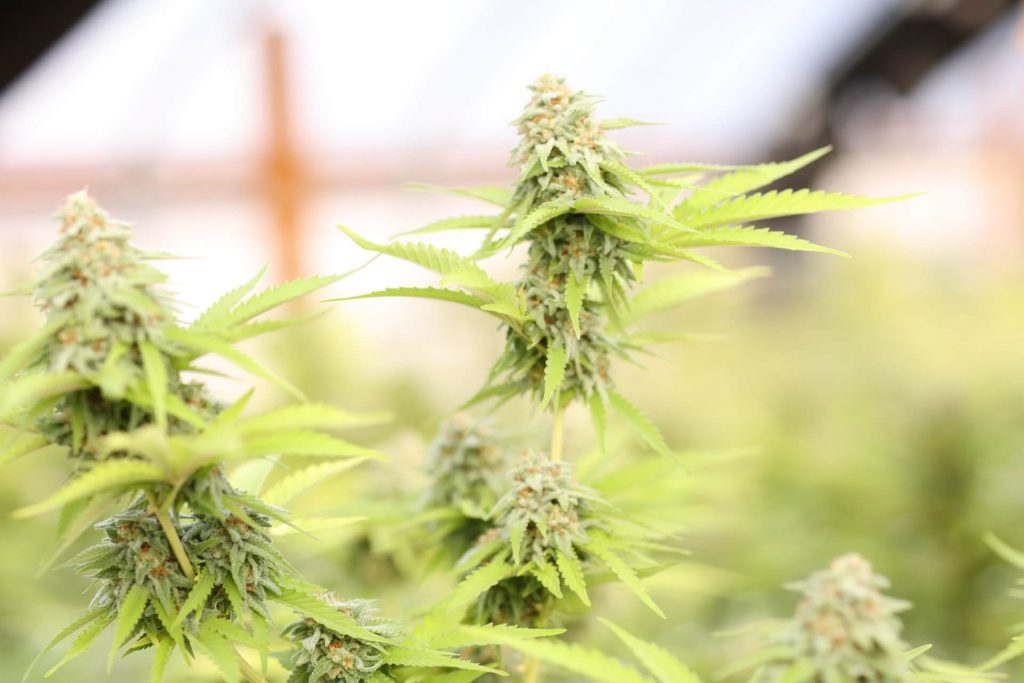 11. Research shows that smoking marijuana might be more harmful than cigarettes.

Before the government tries to legalize cannabis for non-medical use, lawmakers should first look at some of the recreational marijuana facts available today. One of the most crucial facts to consider is the impact of marijuana on a user’s overall health.

Many advocates of marijuana point to the health benefits patients gain when using cannabis. However, some studies show that smoking marijuana deposits more tar in the lungs than cigarettes by as much as four times.

12. The legal marijuana business is one of the least diverse industries.

Marijuana legalization trends show that the marijuana industry has little racial diversity. Though data isn’t as exhaustive to make conclusive claims, it appears only 1.2% to 1.7% of business owners are Black Americans, despite representing 13% of America’s population.

There are many facts about legalizing weed centered on its economic contributions, but the costs of defending a marijuana possession arrest are often overlooked. According to statistics, an individual arrested for marijuana use or possession spends $10,000 on average in court and legal fees.

The Impact of Drug Legalization on the Economy, Crime Rate, and Number of Accidents

14. The majority of Americans who oppose marijuana legalization think marijuana use will increase the number of car accidents.

Americans who oppose weed legalization point to the increased accident rate in response to why shouldn’t marijuana be legalized. About 79% of those who oppose the use of weed believe that drivers using marijuana will increase the number of road accidents.

One of the most important pro-cannabis facts voters and lawmakers report is the profit gained from cannabis sales. According to records, experts project that the compounding annual growth rate of total legal sales of marijuana is expected to be at 14%. By 2025, total sales in the US could reach approximately $30 billion.

There are few facts on why we should not legalize marijuana. Some states show an increase in violent crime rates, however,  even after legalizing marijuana.

17. The legal marijuana industry defied the labor shortage brought by the pandemic when it created more jobs for Americans than any other industry.

The spread of the coronavirus may have led to layoffs for many industries, but the legal marijuana industry has a different story. The most recent weed legalization statistics show that the benefits of legalizing the substance are more than just medical.

The cannabis industry has recently created 77,000 new jobs for Americans in 2020,  a 32% increase than the year before.

Louisiana remains one of the few states left that hasn’t legalized cannabis for recreational or medical use, but they are likely to be one of the next states considering marijuana legalization.

The state recently approved the decriminalization of the substance, making possession of up to 14 grams punishable by a fine of $100 without jail time.

The incumbent governor believes it’s only a matter of time before the state will finally legalize cannabis for medical use.

Most proponents of marijuana legalization argue that decriminalizing the substance can lead to a lower number of arrests related to marijuana. Figures from Colorado show a 68% decline in marijuana arrests from 2012 to 2019.

Close monitoring of the California economy after legalization indicates that the state gains money in taxes because of the substance.

According to data, the total revenue earned from the cannabis industry since legalization in January 2018 is $845.3 million. This includes $411.3 million from excise tax and $98.9 million from cultivation tax.

21. Stats on legalizing weed suggest a possible reduction in rape and theft cases in Washington associated with marijuana legalization.

Since the legalization of recreational marijuana in Washington, reports show a 15% to 30% reduction in rape cases and a 10% to 20% drop in theft cases. This remains consistent with people who favor marijuana legalization who believe that legalizing weed can decrease criminal activities. 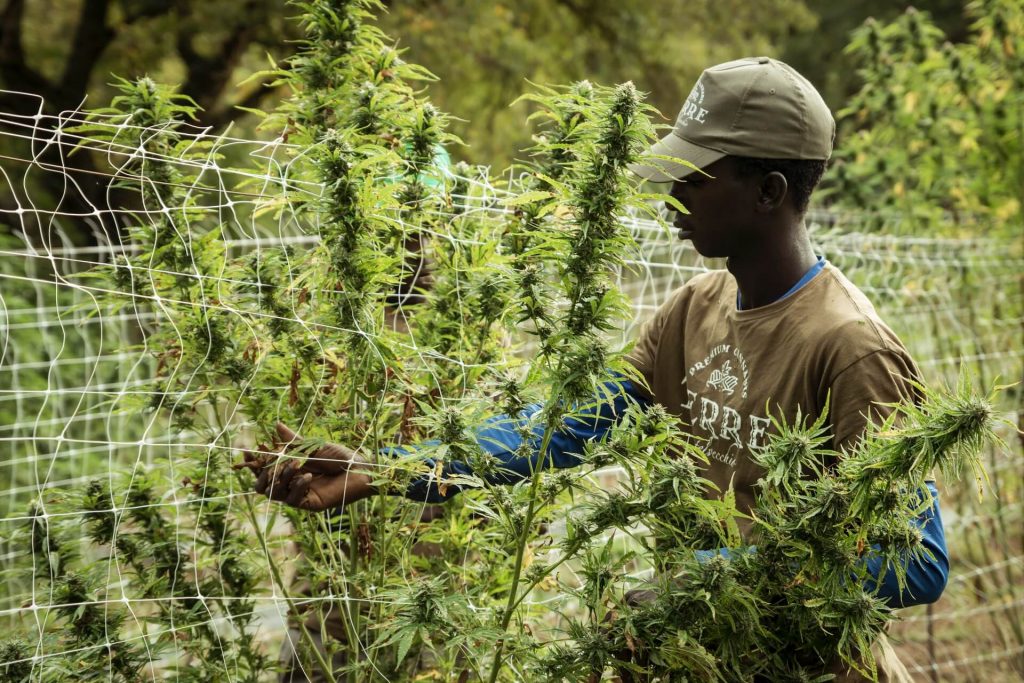 22. Some of the largest pharmaceutical companies in the US are now involved in medical marijuana.

Pharmaceutical companies seem to be taking advantage of the growing popularity of marijuana use in the US.

According to the latest medical marijuana statistics, some of the largest pharmaceutical companies in the country are now patent holders of medical cannabis.

The top spot belongs to AbbVie, one of the largest pharmaceutical companies in the US. Currently, it holds 59 patents for medical marijuana. Sanofi comes second with 39 patents attached to its name.

23. More than half of cancer patients believe medical marijuana is effective in managing their symptoms.

24. Oklahoma has the highest percentage of medical marijuana patients.

California, the first state to have legalized medical marijuana, comes second, with 4.86% of its population using cannabis for medical purposes.

25. Sales of legal cannabis boomed in 2020 despite the coronavirus pandemic.

Unlike most industries that struggled during the pandemic, the legal cannabis industry performed exceptionally well. Notably, the most recent legal medical and recreational marijuana statistics show a 71% increase in sales over the previous year.

This translates to $18.3 billion in sales in 2020. Researchers believe this drastic increase in sales resulted from hoarding and stocking up on supplies to last beyond the quarantine periods. These researchers also believe that the average consumer spent about 33% more on their purchases in 2020.

26. Marijuana use seems to affect a person’s IQ significantly.

One study discovered that adolescents who frequently used marijuana lost eight IQ points by adulthood compared to those that didn’t use marijuana.

Legalization of marijuana in the US is seemingly inevitable. With more and more states turning to decriminalization and legalization, the statistics are becoming more available at the benefits and downsides of changing the status of this long-used medicinal substance.

The latest drug legalization statistics show not only a medicinal benefit to the legalization of cannabis but a huge economic incentive as well.

From billions of dollars raised in taxation to the creation of hundreds of jobs even in a global pandemic, the benefits of a legal marijuana industry are numerous. While some still question its impact on society and individual health, reports indicate, legal weed is here to stay.

How many Americans smoke weed?

According to the latest polls, about 12% of Americans say they smoke marijuana. Despite the legalization of the substance in several states during the past few years, this figure remains substantially unchanged for the last six years.

Most researchers interpret this figure and data as proof that cannabis legalization does not affect the number or percentage of people using marijuana.

Why should marijuana not be legal?

People who are against the legalization of marijuana point out several reasons why the substance shouldn’t be legal. They believe that legalizing cannabis can increase crash accidents, health issues, and violent crimes.

However, there isn’t sufficient data and figures to support these claims. Apart from that, data seems to differ from one state to another, leading researchers to raise contradictory conclusions.

What are some rules about recreational use?

Recreational marijuana use is now legal for some states in the US. This doesn’t mean, however, that marijuana users can carry or purchase significant amounts of marijuana at a single time.

State laws are clear that any individual can buy up to one ounce or 28.3 grams or less of dried marijuana leaves. The limits might be different for other marijuana products.

Will legalization significantly change demand? How?

This can be a cause for concern for older adults and lawmakers. Further, some data suggest that marijuana legalization increases the chances of people using other types of drugs.