European and American medical journals published more than 100 articles on the therapeutic use of cannabis between 1840 and 1900.

However, the first documented use of cannabis as a safe and effective natural therapy dates back to 2700 BC. Today, cannabis is also often linked to medication for pain relief.

Apart from these non-life-threatening illnesses, medical marijuana helps assuage people’s eating problems because of severe diseases like HIV and dementia.

Unfortunately, marijuana is still illegal on a federal level. However, 36 states have already adopted laws that allow patients to consume medical marijuana prescribed for specific illnesses.

1. Only 9% of marijuana users will develop and meet all criteria for addiction.

Many people believe marijuana is not addictive. Unfortunately, this is one of those medical marijuana facts and myths that leaves plenty of people confused. Studies show that 9% of people who use marijuana become addicted to the substance.

This figure might seem negligible, but the number goes up to 17% if they were using marijuana in their adolescence. This is because, during this period, the human brain is still developing, which makes it more susceptible to psychoactive substances.

Despite several restrictions on production and use, its exceptionally high growth rate is one of the most interesting facts about medical marijuana. Researchers estimate that the cannabis industry has a global compounding annual growth rate of 28%.

Many believe the industry will reach a market value of $90.4 billion by 2026. Researchers assume the increasing medical applications and legalization of marijuana are bringing about growth in market value.

Facts on Why Medical Marijuana Should Be Legalized

3. Marijuana is less harmful than alcohol.

There are several facts about medical marijuana circulating the internet, which people can expect because of the legalization issues of marijuana. One of these facts involves the varying physical and mental reactions of men and women to marijuana consumption.

Several medical marijuana facts and statistics on  record seem to justify why the country needs to legalize marijuana. Among the reasons is the alleviation of the symptoms and side effects of treatment for breast cancer patients.

These symptoms include pain, anxiety, stress, insomnia, nausea, vomiting, and loss of appetite. A survey among cancer patients found that 42% of them are using marijuana. Further, data shows that 75% of marijuana patients believe it’s extremely helpful in easing the side effects of their treatment. 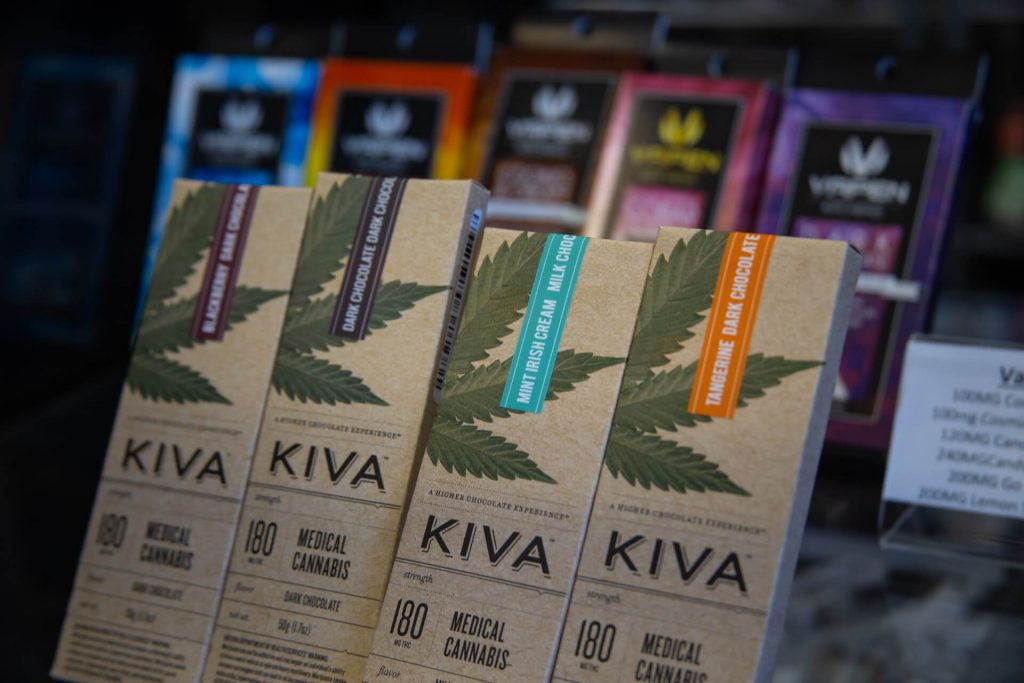 Apparently, about 25% of marijuana patients with chronic pain experience severe withdrawal symptoms like cravings, anxiety, restlessness, and depressive mood. On the other hand, those who experience mild symptoms like cannabis cravings and sleep problems account for 41% of patients.

7. Most of the individuals looking to obtain a medical marijuanas card are already heavy users.

A study on marijuana card possession shows that frequent use of the substance is the primary indicator of the acquisition of the card. Most might assume that the existence of physical and mental health problems should be the principal reason.

8. Medical use of cannabinoids is common for older adults suffering from medical conditions.

Researchers recently surveyed several patients, and it shows that 15% of the patients have been using cannabis in the past three years. Further, about half of these users consume marijuana regularly because of their medical condition.

Apart from these results, the study also reveals that older adults have a higher propensity to use marijuana for medical reasons. About 61% of marijuana users with medical conditions started consuming the substance after the age of 60.

Currently, only ten states, including the District of Columbia, and one US territory accept cards from other states.

10. Most medical students believe they have no proper training to prescribe medical marijuana.

As US states regulate marijuana consumption for medical and recreational use, healthcare providers feel further training is crucial.

Statistics on medical marijuana and students show that 85% don’t have formal education on marijuana from medical school or residency.

11. Licensed healthcare providers are inclined to prescribe marijuana to patients.

Statistics about medical marijuana show that licensed healthcare providers are highly likely to include marijuana in their patients’ medications.

An astounding 83.15% of licensed healthcare providers with training on cannabis consumption use the substance to supplement a patient’s existing prescription.

Further, 71.9% of these licensed respondents have recommended marijuana as a substitute for some of their patients.

Medical marijuana statistics show a small number concerning usage and addiction in general. While only 9% of individuals who use marijuana will become addicted to the substance, the number increases if the user’s consumption becomes more frequent.

For instance, research suggests that 25% to 50% of people who use marijuana every day will be addicted to the substance.

This is unsurprising since cannabinoids have more significant potential for relieving pain than other substances like opioids, which have numerous side effects.

The country expects a surge in marijuana consumption in the US, considering 20.4% of the population suffers from chronic pain.

This is a surprisingly significant number considering the US Food and Drug Administration still hasn’t approved the use of cannabis for medication.

15. The most recent FBI data shows that the arrest rate for cannabis-related crimes is 9% higher than violent crimes.

Despite the rising support for the legalization of marijuana, the FBI still seems to prioritize marijuana-related crimes. According to medical marijuana crime statistics, the FBI arrested 545,602 people in a single year because of marijuana.

This is 9% higher than the number of arrests the FBI made for violent crimes at 495,871. Interestingly, 92% of marijuana-related arrests were only for simple possession of cannabis.

16. Medical marijuana use statistics show that Americans’ stand on marijuana tends to lean towards legalization.

As the Democrats consider the legalization of marijuana use on a national level, Americans are presenting a united front. The latest survey among US adults shows that 91% believe the substance should be legal for recreational and medical use.

A breakdown of the figure shows 60% believe in legalizing marijuana for recreational use, while 31% say for medical consumption. This means that only 8% of Americans oppose marijuana use entirely for whatever reason.

17. Cannabis legalization in the US could reach $128.8 billion in federal tax revenue.

According to medical marijuana revenue statistics and projections, federal tax revenue from cannabis can reach $128.8 billion.

The potential income from the cannabis industry might interest some regulators and see it as a promising investment. Aside from tax revenue, the industry can also give rise to 1.6 million jobs for Americans.

19. Marijuana is the most commonly used illicit drug in the US, according to medical marijuana abuse statistics.

The latest reports on illegal substances in the US show that 48.2 million people use marijuana. This number takes into account children and teenagers starting from the age of 12. This makes marijuana the most commonly used illegal drug in the US.

20. Only 0.06% of Alaska’s population uses marijuana for medical purposes.

21. According to medical marijuana usage statistics, marijuana increases the risk of injury.

Research shows that individuals who consume marijuana daily are likely to have reduced cognitive skills most of the time.

One study among workers showed that marijuana usage had 55% more chances of encountering industrial accidents. They are 85% more likely to experience injuries and 75% likely to be an employee practicing absenteeism.

22. According to the medical marijuana industry statistics, the North American region accounts for most market revenue in marijuana.

The latest statistics on marijuana show that 79.6% of the revenue from medical marijuana comes from North America. Several factors led to the region’s substantial contribution to revenue.

Among the reasons are the legalization of marijuana medical use in several states and the presence of cultivators in the country.

Researchers are unanimous in their assumption on the projected revenue from medical marijuana in the coming years based on 2020 sales. According to data, the US reached almost $20 billion in total sales from medical and recreational marijuana.

More than the number of consumers, the growth in sales is in how many dispensaries are present in the United States in 2020. For example, Oregon, which is the fastest-growing market, has 16.5 dispensaries per 100,000 people.

There’s little question that the pandemic caused massive disruptions in different businesses and industries. For some, it was disastrous; for others, it was beneficial. The cannabis market was one of those that saw an exponential gain in its total sales.

Proof of this is the medical marijuana statistics in Colorado. Based on the latest records, the state grew its sales by 26%, equivalent to $2.2 billion in revenue in the past year.

25. California’s cannabis revenue grew by 57% from the previous year’s sales.

According to California medical marijuana statistics, sales from the state reached $4.4 billion. This is a 57% increase from the previous year’s total revenue.

When researchers looked into the details of the delivery orders, they found that the spike happened during the election. The day and time the election results came in, California saw an increase in orders by as much as 17%.

Medical marijuana has become increasingly popular in the US because of recent studies that show that cannabinoids have fewer adverse effects than other substances.

Whether these benefits and facts on medical marijuana are universal remains inconclusive because federal law still prohibits the distribution and consumption of marijuana.

These restrictions hinder further studies on the efficacy of the substance. However, the current data should be enough to spike curiosity to conduct studies that may shed additional light on marijuana’s properties and benefits.

Why should medical marijuana be legalized?

Proponents of marijuana usage point out several reasons why the federal government should consider its legalization.

First, most patients who experience chronic pain and nausea have experienced relief from their symptoms because of marijuana.

Second, based on statistics, marijuana has fewer side effects than other substances like opioids.

How has medical marijuana helped with epilepsy?

Medical marijuana contains chemical compounds that researchers call cannabinoids. THC and CBD are two cannabinoids that appear to respond to the brain’s receptors.

These compounds can block signaling systems within the brain, which may help in epileptic seizures. Despite these promising findings, researchers think the effects and benefits are still inconclusive and that further research is necessary.

However, because marijuana is still illegal on a federal level, conducting studies on the substance is extremely difficult.

Who does medical marijuana help?

Toggle TitleHow many medical marijuana patients are there in the US?

Although marijuana consumption for whatever purpose is still illegal per federal law, despite this restriction, the most recent records show that the US has millions of medical marijuana patients.

To be more accurate, the country has over 4.3 million state-legal medical marijuana patients from 40 different states and US territories. Researchers expect this number to continue to rise because of the increasing number of Americans who suffer from chronic pain.

What illness qualifies for medical marijuanas?

Every state that legalized marijuana has its own set of laws and policies that define which illnesses qualify for medical marijuana. However, most states approve medical marijuana for cancer, glaucoma, HIV, Crohn’s disease, epilepsy, and multiple sclerosis.

Usually, these illnesses cause patients to experience chronic pain, nausea, vomiting, and loss of appetite. While marijuana doesn’t heal patients from these illnesses, it helps provide relief to patients.

How much does each state make from medical marijuana?

Based on the most recent data from states that legalized marijuana, California had the highest sales amounting to $4.4 billion, with total tax revenue of $1.03 billion.

Why do more women benefit from medical marijuana?

According to available data, women benefit more from medical marijuana in general because men are three times more likely to become addicted to the substance. This is because, unlike women, men exhibit more extraordinary cannabis-induced euphoria.

What type of medical marijuana is sold?

This kind of medical marijuana is best for countering anxiety and depression. On the other hand, cannabis indica possesses a high CBD and low THC count. Usually, it doesn’t produce any psychoactive effects.

The cannabis indica is best for people struggling with mental and muscle relaxation, nausea, and sleep. On the other hand, the hybrid type has three categories – sativa dominant, indica dominant, and even hybrids.

This shouldn’t be a cause for alarm since the impact of medical marijuana varies from person to person.