Alcohol and marijuana have long been considered villains of similar nature with a wide range of detriments and few rare benefits. Many experts draw up the same debate on this matter over and over again — what is more harmful, alcohol or marijuana?

However, to find the answer to this question, we need to delve deeper and take a look at some marijuana vs alcohol statistics to draw up our own conclusion.

That’s what you’re going to read today. We’ll present both sides of the story so that you can make a decision for yourself.

Ever since the introduction of new studies about marijuana’s medicinal use, more and more states are emerging to legalize its consumption.

However, marijuana remains illegal in all federal enclaves, with only four US states prohibiting its overall use. As for consuming alcohol, you only need to turn 21, and you can drink freely in all 50 states.

That’s the primary difference between weed and alcohol.

Take a look at what statistics have to say about marijuana and alcohol consumption:

1. There are 88,000 alcohol-related deaths happening each year.

It’s widely known that consuming alcohol is not directly life-threatening. However, if people consume more than they can carry, it can become fatal.

The CDC reports that about 88,000 alcohol-related deaths are happening every year — a devastating and worrying number as we compare alcohol deaths vs marijuana deaths.

2. There is absolutely no correlation between deaths caused by marijuana.

The life expectancy of users and non-users remains similar, even after 10 to 15 years.

Studies show that there is no direct correlation as these marijuana death statistics indicate that weed itself cannot kill people. However, it does lead to specific side-effects that can render the user’s capability, which, in turn, may lead to tragic deaths.

3. 43% of people would choose alcohol, while 57% would select marijuana if only one of the two would be legal.

Now here’s an interesting stat. If only one of these two is made legal, about four in ten people would choose alcohol, while six in ten would opt for marijuana. These alcohol vs marijuana statistics show us that people prefer marijuana over alcohol.

4. A staggering 70% of people who do not drink alcohol would choose to make marijuana legal.

As we have stated earlier, about 88,000 people die per year due to alcohol overdose. Most of these people are men, who account for 76% of all deaths caused by alcohol. Women take up 24% or roughly one quarter.

According to these drunk driving statistics, around 29 people die every day in vehicle crashes involving intoxicated individuals. Shockingly, that’s one alcohol-related traffic death per 50 minutes!

7. 34% of all middle-aged adults suffer from alcohol poisoning.

While alcoholism is the most dangerous long term effect, research shows that the most common problems for people who abuse alcohol are high blood pressure, increased chances of strokes, and liver disease. 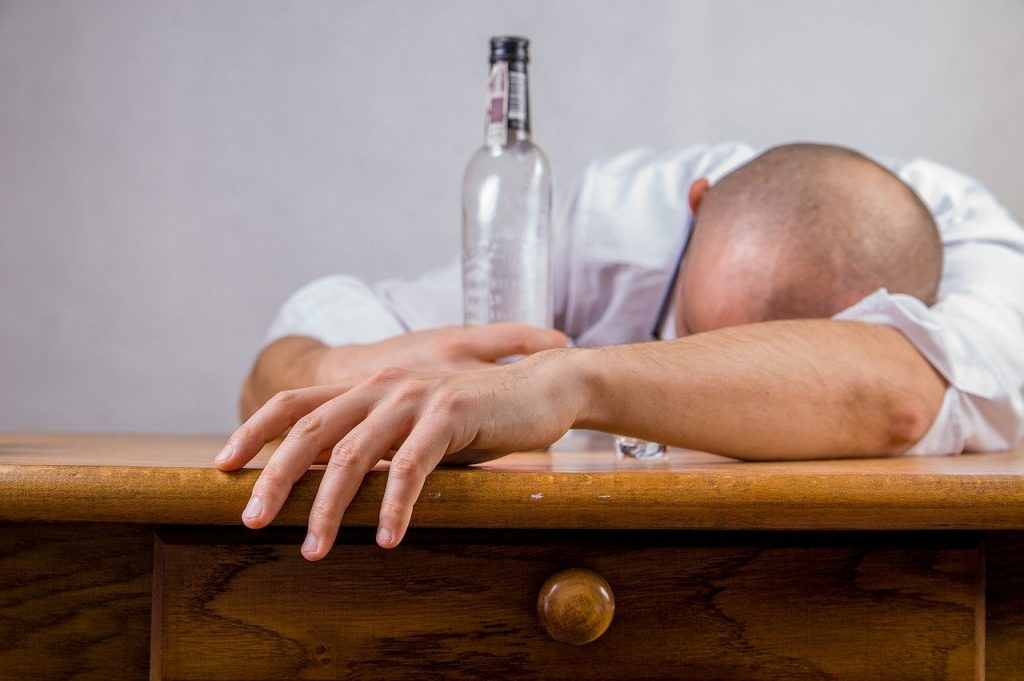 There are many reasons for using marijuana, such as medicinal purposes, or as people often do so, for leisure and relaxing activities.

However, a lack of knowledge about the chances of a toxic overdose can be damaging. Namely, the most significant risk factor to take into account when consuming marijuana is the risk of respiratory failures.

11. Marijuana crime rates saw a decrease from 5.6% to 12.5% in marijuana legalized states.

A study on crime rates found that states with legalized marijuana law saw a solid decrease in violent crimes. Marijuana legalization was assumed to reduce crime rates, and it did so, albeit in some states. However, other states such as Colorado and Washington saw a little-to-no change in violent crime rates.

Marijuana is a mind-altering drug, and using too much of it can hurt the human body. While there aren’t a lot of deadly incidents involving marijuana overdose, long term effects include anxiety, panic attacks, and paranoia, which can lead to irrational and suicidal behavior. 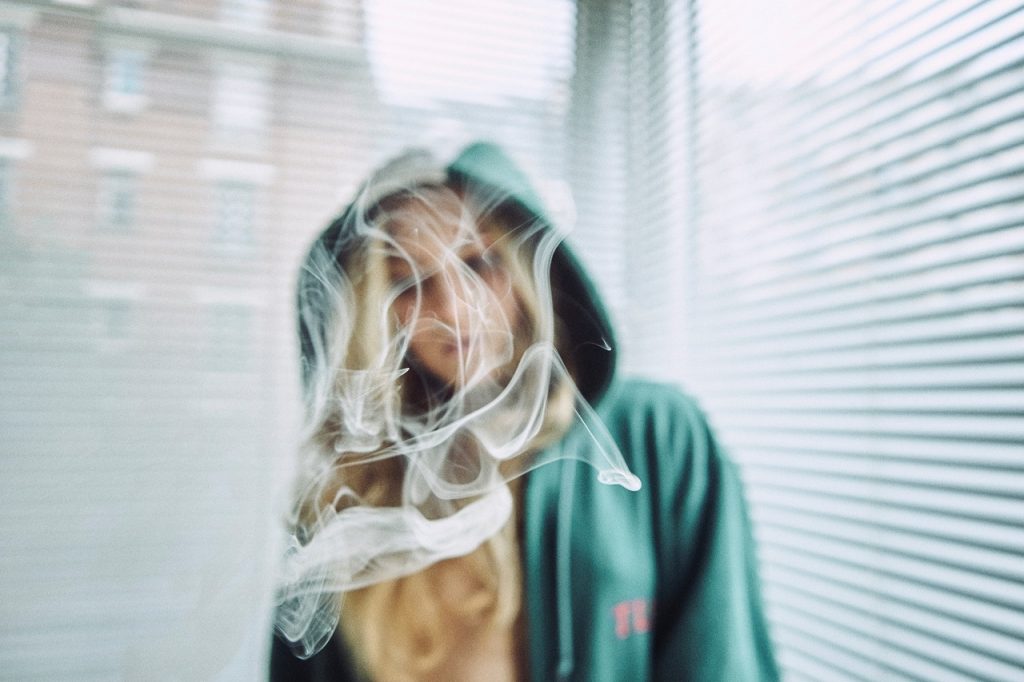 What Does More Damage: Weed or Alcohol?

Taking into account all of these facts and statistics, the age-old question still remains — alcohol or marijuana; which is worse?

While there is no definitive answer and it’s a matter of subjectivity and preference, we’ll try to answer it with the facts and stats below.

If anything these marijuana vs alcohol statistics show us, it is that both can be harmful or beneficial. Moderate consumption of alcohol has been proven to be good for the human body. Marijuana found its way into medicine and is used for healing purposes.

With that in mind, let’s take a look at people’s preferences and other important marijuana vs alcohol facts:

A survey conducted on thousands of individuals who didn’t smoke marijuana or ingest it in any way believe that alcohol is way more dangerous than weed.

14. 50% of binge drinkers admit blacking out and not remembering events from the night before.

Alcohol and memory loss go hand-in-hand, and this stat shows us precisely that. Half of all binge drinkers report they blacked out and can’t remember anything they did prior to it.

Drinking heavily can impair a person’s ability to create new memories. If this continues for prolonged periods, people may experience heavier memory loss, which tells us what the effects of alcohol on the brain are.

15. Individuals who smoke marijuana have a greater risk of memory loss and learning abilities later in life.

Controversy remains between marijuana and memory loss, or learning impairment percentages, as research is yet to produce concrete results. However, it is proven that marijuana increases the risk of memory loss as well as learning problems later in life.

16. 67.4% are more likely to choose alcohol for relaxation after work than marijuana.

When people were asked about the preferred choice of a substance for tension relief and leisure activities, most responded with the alcohol option compared to marijuana. Almost two-thirds stated that they would rather opt for alcohol when they finish working instead of marijuana.

17. Over 3.3 million women are risking exposure of their developing babies to alcohol.

Alcohol can have negative effects on pregnancy, particularly if women don’t protect themselves.

CDC reports that women between 15 and 44 years of age are risking exposure to their developing babies because of being sexually active, drinking, and not using birth control to prevent pregnancy.

18. Using marijuana during pregnancy can cause low birth weight to babies.

Marijuana can have negative effects on pregnancy, just as much as alcohol can. It’s widely known that marijuana is the most common illegal drug that is used during pregnancy. Studies indicate there may be a direct link to babies being born with lower weight than regular and marijuana use during pregnancy.

19. People are more likely to be driving under the influence of marijuana rather than alcohol.

Six in ten respondents are willing to drive and carry on normal activities under the influence of weed. Field sobriety tests detect traces of marijuana much harder, and perhaps this might be the reason why people are more inclined to smoke weed rather than drink prior to driving.

20. More than 14% of college students between 18 and 24 years of age are victims of sexual assault or date rape by intoxicated individuals.

These are horrifying alcohol crime rates, as about 97,000 students are subjected to alcohol-related sexual assaults. Researchers estimate this number to be a yearly figure, with many students having academic problems and difficulties, such as missing classes or failing at majors.

How does alcohol affect the brain?

Many people who have alcohol dependence have experienced some sort of memory loss or slow way of thinking. If you’re wondering, “does alcohol affect intelligence,” it is proven that alcohol has a profound effect on the complex structures of the human brain.

Alcohol blocks the chemical signals between brain cells, which leads to common intoxication symptoms. This means that if heavier drinking continues for extended periods, the brain will adapt to these blocked signals and will respond more dramatically, including slurred speech, impulsive behavior, or poor memory.

These are the long term effects of alcohol on the body, or, more specifically, the brain.

How does marijuana affect the brain?

Marijuana is a widely known substance that has mind-altering effects. The main ingredient in marijuana is called THC, and it’s responsible for the stimulation of the brain to have pleasures like sex or food. This, in turn, unleashes the dopamine chemical, giving you a satisfactory, relaxed, and euphoric feeling. It’s an addictive drug and may be harmful to the human body and mind.

Is marijuana safer than alcohol?

However, don’t take this statement blindly. Marijuana also tends to be harmful to the human body, especially if used for extended periods.

Is marijuana more addictive than alcohol?

Again, this type of question cannot have a definitive answer. Scientists are yet to find out what are the exact side-effects of marijuana. This drug has been illegal for so many decades, and one has to wonder why it was illegal all this time.

With this in mind, marijuana has the lowest dependency risk of all other heavy and harmful drugs and substances, including nicotine, heroin, cocaine, and alcohol.

Even though alcohol and marijuana are dubbed as sins, most people on this planet consume them out of boredom, fun, during leisure activities, and when celebrating. We provided some interesting and shocking marijuana vs alcohol statistics you should be aware of. These statistics will continue to surprise us as these industries grow, especially as marijuana legalization proceeds worldwide.

Whichever you choose to indulge your senses in, make sure to consume adequate amounts.